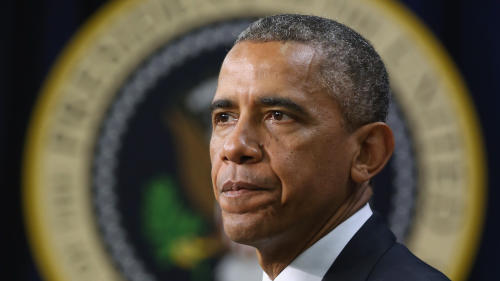 In the latest of embarrassing emails to leak online from Sony this week, studio co-chairman Amy Pascal and producer Scott Rudin riff on what President Barack Obama’s favorite movies could be, focusing mostly on films starring and by African Americans.

According to Buzzfeed, Pascal asked Rudin for advice before going to an Obama fundraiser hosted by DreamWorks Animation head Jeffrey Katzenberg, particularly what she should ask the President “at this stupid Jeffrey breakfast.”

“Would he like to finance some movies,” responded Rudin.

“I doubt it. Should I ask him if he liked DJANGO?” said Pascal, with Rudin replying “12 YEARS.”

“Or the butler. Or think like a man?” continued Pascal, who is a major donor for the Democratic party and President Obama.

Hart, who stars in the upcoming Sony comedy “The Wedding Ringer,” was called a “whore” by a different Sony exec (Clint Culpepper) in another email on Wednesday for demanding more money from the studio.

“I’m not saying he’s a whore, but he’s a whore,” Culpepper said of the box office star, who had asked for more money on top of his $3 million payment for tweeting about his new comedy.

“If he doesn’t do his normal routine,” he wrote to Pascal, “his film will not open as well and his brand will appear diminished and he will- in fact – be f—ing himself because we have his next 2 immediate films.”

On Tuesday, other damaging emails showed Pascal and Rudin trading nasty insults, mostly over the Steve Jobs biopic “Jobs” that started at Sony and ultimately moved to Universal. In the emails, Pascal said Angelina Jolie was upset that David Fincher was set to direct “Jobs” when she wanted him to direct her big-budget “Cleopatra,” to which Rudin called the actress a “minimally talented spoiled brat.” Rudin also took a jab at producer and Annapurna founder Megan Ellison, calling her a “28-year-old bipolar lunatic.”

As the Sony situation continues to unravel, it was revealed through more stolen emails on Wednesday that Sony CEO Kazuo Hirai stepped in to scrutinize and approve certain scenes from James Franco and Seth Rogen’s controversial upcoming film “The Interview.”

A group calling itself Guardians of Peace has been targeting Sony Pictures since Nov. 24, resulting in the leak of confidential information about executive and star salaries, movie budgets and employees’ personal information. The group also released five new Sony movies on torrent sites, including the upcoming titles “Annie” and “Still Alice.”

A Sony rep declined comment on the leaked emails while Rudin did not immediately respond to Variety’s request to comment.