After the deadly shooting at a French satirical newspaper that left 12 people dead, one of the three suspects finally turned himself in to the French police. Mourad Hamyd who is 18 years old surrendered at a police station in charleville-Mezieres. The police are yet to release details of the relationship between the 18 year old and the other two suspects ( Said and Cherif Kouachi) .
It has been established the 8 journalists, two police officers, a maintenance worker and a visitor were killed during the deadly shooting ,11 other people were wounded.
The attack have been condemned by world leaders. President Barack Obama(USA) condemned the attack by saying that “they had attacked freedom of expression” and then offered prayers and support to France.
British prime minister, David Cameron while in the house of Commons said “we stand squarely for free speech and democracy. These people will never be able to take us off those values”.
Vladimir Putin(Russia) called the attack a “cynical crime” and also pledged cooperation in fighting terrorism.
The president of the Union of french mosques, Mohammed moussaoui called the attack a “hateful act”.
Meanwhile, an Al-Qaeda representative said the group was not claiming responsibility for the attack, but called it “inspiring”. 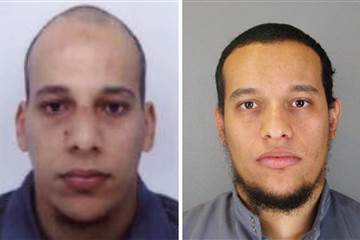